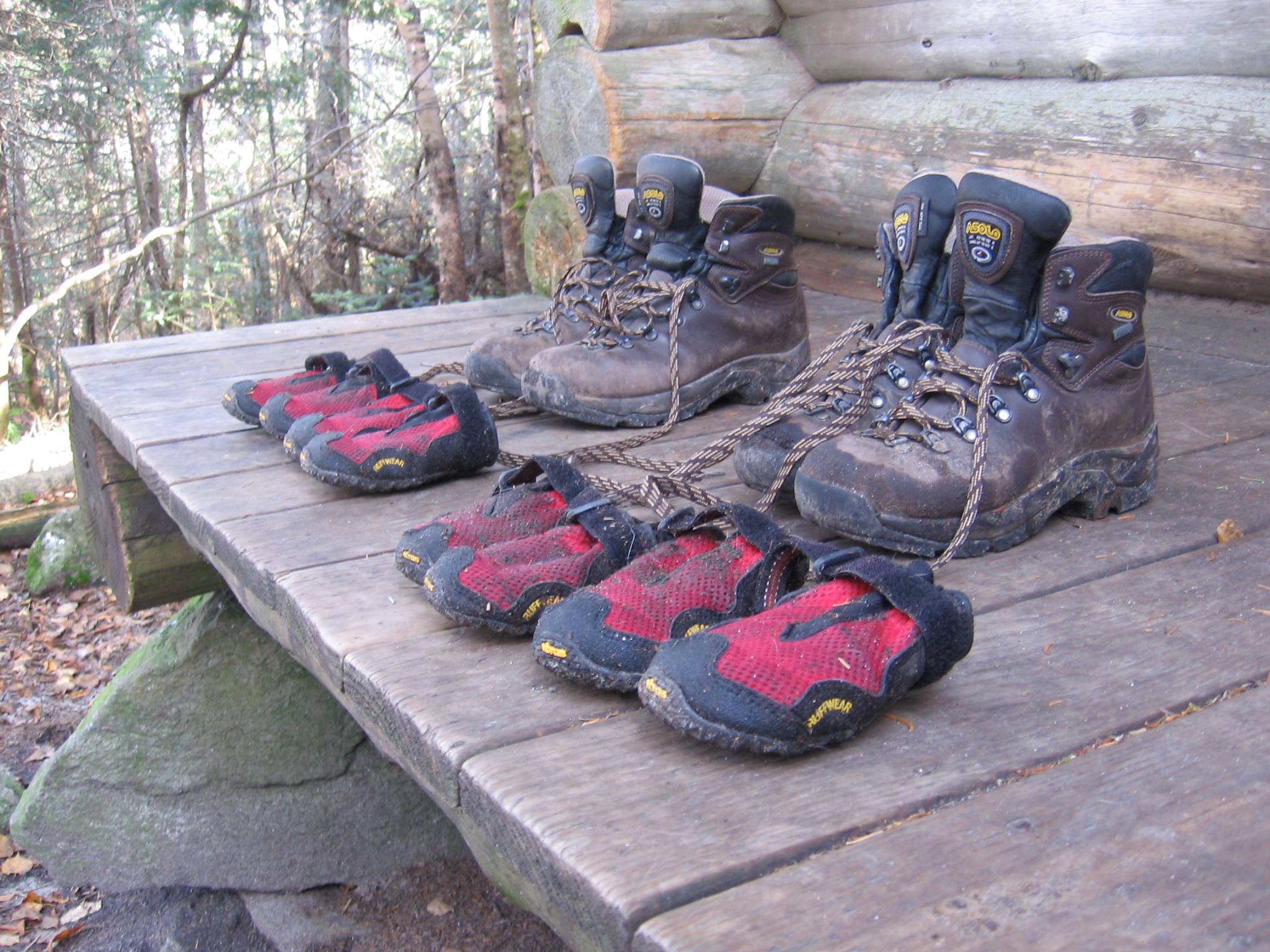 Back when my dogs were younger, my partner and I used to spend a lot of time hiking with them in the White Mountains.

Given the terrain of where we hiked–New Hampshire is called the granite state for a reason–foot protection was crucial. We learned this the hard way one summer when Bailey filed her nails down to the quicks while climbing Mount Cardigan.

When we visited Franconia Notch a few months later, we came upon a hiker who needed some extra pairs of wool hiking socks because his dog had worn his paws bloody and raw while traversing the ridge between Mounts Lincoln and Lafayette. 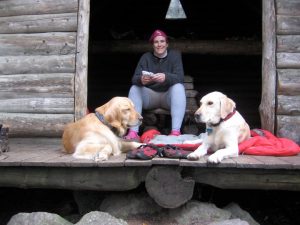 Before setting off on a backcountry adventure in the Carter Range a few years ago, Jenn and I researched doggie hiking boots. The best ones we found were the Ruff Wear Grip Trex boots. The tops are mesh, so they’re breathable, and the soles are Vibram, which allows for traction. We initially balked at the $74.95 price tag, but it’s less expensive than a vet bill.

Online reviews recommended purchasing the Bark n’ Boot sock liners ($14.95), which prevent hot spots from developing, so we bought those, too.

The REI clerk who sold us the boots pointed out that dogs’ hind feet are typically smaller than their front ones. Luckily Connor and Bailey wear the same shoe size, so we bought one large set and one medium set and divided them up. They fit perfectly, and held up extremely well, particularly taking into consideration that we spend the entire second day hiking in a torrential downpour.

The only issue we’ve had is that the boots tended to spin, and a few times they fell off. We fixed the problem by securing them with self-adhering vet tape. The bandages are strong, soft, and porous, and because they’re self-adhesive, they don’t stick to hair or skin.

Even though Connor and Bailey are no longer up for ten-mile treks through the Whites, they still wear their boots in winter to protect their feet from frostbite and road salt. And on particularly scorching summer days, they wear them to avoid burning their paws on hot asphalt. 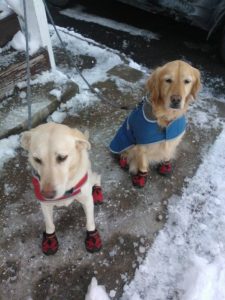 According to an article by AccuWeather, paved surfaces can reach up to 130 degrees in summer. By comparison, the article says, an egg fries at 157 degrees.

Although burns occur most frequently from walking on concrete and asphalt, any surface can be dangerous when hot enough, and that includes boat docks, board docks, and even sand.

Prolonged exposure to hot surfaces, particularly when a dog is running, can cause first- and second-degree burns. We’ve seen several cases of paw burns at the Urban Hound, one of which required veterinary attention.

Oftentimes owners may not notice minor burns. Dogs are very stoic creatures and do not typically show signs of distress until they are in severe pain. We recommend checking dogs’ paws every time they come back from walks.

Obviously, the best way to avoid burns is by keeping dogs on unpaved surfaces, such as grass, but that’s hardly practical for city dwellers. Instead, we recommend going for longer walks in the early morning, before the pavement has a chance to really heat up. Test the temperature by touching the sidewalk with your hand or bare foot. If it’s too hot for you, it’s too hot for your dog.

© 2020 The Urban Hound, All Rights Reserved. Designed with love by JSGD.